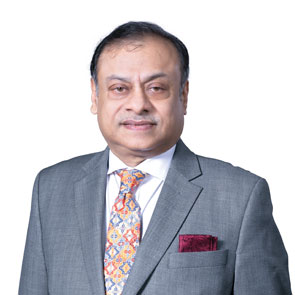 Mr. Abul Hasan Chowdhury was born in Dhaka on April 15, 1951. His father Mr. Justice Abu Sayeed Chowdhury was President of Bangladesh after independence. Mr. Abul Hasan Chowdhury, popularly known as Kaiser, matriculated from St. Gregory’s High School in 1968 and obtained M.A. from Oxford University in 1976. He was elected for the first time in the Parliament in 1991 as a candidate of Bangladesh Awami League. Mr. Chowdhury was re elected by popular vote as a member of the Parliament from Tangail-1, Madhupur constituency on June 12, 1996. Thereafter he was inducted in the cabinet as State Minister for Foreign Affairs, Government of Bangladesh, a position he held up to 2001. In 2004 Mr. Abul Hasan Chowdhury visited Washington DC and addressed seminar participated by Congressmen and leading officials of the State Department of USA. During this visit he also spent two weeks as a visiting scholar at the Penn State University. He was one of the original signatories of BIMSTEC sub regional grouping. He did not participate in the Elections held in 2001. Since then he is heading a consultancy firm, known as KNS Consultants Ltd, an associate of Nitol Group. He is married to Mrs. Nahid Chowdhury and has one son and one daughter.